Cannabidiol (CBD), a phytocannabinoid component of Cannabis sativa, is a potential treatment for multiple health conditions. CBD is non-intoxicating. It has anxiolytic, antipsychotic, and anticonvulsant properties that are not detrimental to memory. The main psychoactive ingredient in cannabis, delta-9-tetrahydrocannabinol (THC), has anxiogenic, psychotomimetic, and amnestic effects. However, CBD may have therapeutic potential for the treatment of psychosis

In this blog post, we will explore the modulating relationship between CBD and psychosis. We will discuss how CBD may have therapeutic potential that can help the treatment of psychotic disorders such as schizophrenia and some of its possible side effects.

The antipsychotic properties of CBD

In 1982, a study of the interactions between THC and CBD in healthy volunteers gave the first evidence that CBD may have antipsychotic properties. The study showed that CBD alleviated anxiety and reduced the psychotic symptoms commonly induced by THC.

A study published by Blessing et al., (2014) showed promising results on treating psychiatric diseases such as psychosis using CBD. This study found that CBD had antipsychotic effects and significantly reduced psychotic symptoms (such as hallucinations and delusions). The findings of this study provide an insight into the neurobiology of cannabinoids concerning schizophrenia, suggesting that CBD could represent a new class of treatment for psychosis.

However, some studies have shown opposite results, for example, the studies done by Zuardi et al, in 2009 showed that CBD did not affect psychotic symptoms induced by a chemical substance known as phencyclidine. The results supported another controlled clinical trial conducted with people diagnosed with schizophrenia and treated for six weeks and revealed that there were no differences between the placebo group and the CBD group in terms of positive or negative symptoms.

CBD also appears to have some side effects such as dry mouth, lightheadedness, and drowsiness.

The results of the study conducted by Blessing et al., (2014) show that CBD has therapeutic potential for psychosis, but there is still more research needed to understand how it works. There are also studies showing different conclusions which illustrate the need for more research into CBD and psychosis.

CBD may have therapeutic potential for the treatment of psychotic disorders such as schizophrenia, but further research is required to better understand the relationship between CBD, psychosis, and some of its possible side effects.

Biomarkers like CSF anandamide or genetic profiling based on AKT1, COMT, or CNR1 might identify individuals at high risk for or early in the course of psychosis who might benefit from CBD interventions and may not require chronic antipsychotic treatment. Such strategies are under current investigation.

CBD is available in the United States, including CBD products that can be purchased online. However, it’s important to check with your health care provider to confirm that CBD oil doesn’t interfere with any other medication you take before using CBD to treat psychosis.

The exact mechanism of action is still unknown when it comes to CBD antipsychotic properties. Unlike THC, CBD does not cause psychoactive effects, and studies have shown that CBD has antipsychotic effects. More research is needed to completely understand how CBD works for it to become a reliable treatment option.

There are also some negative results when looking at clinical trials involving CBD oil and psychosis. For example, CBD was found not to affect psychotic symptoms induced by a chemical substance known as phencyclidine. This finding has been supported by another controlled clinical trial conducted with people diagnosed with schizophrenia and treated for six weeks and revealed that there were no differences between the placebo group and CBD group in terms of positive or negative symptoms.

CBD continues to grow as one of the most commonly used drugs in the United States after its legalization for medical and recreational purposes. Many people are switching to CBD for improving mental health and quality of life.

In addition to the potential therapeutic benefits of CBD for schizophrenia, CBD plays a role in preventing or treating the psychosis related to the recreational use of cannabis in vulnerable individuals. Many ​studies have shown that CBD has therapeutic potential for the treatment of psychosis. 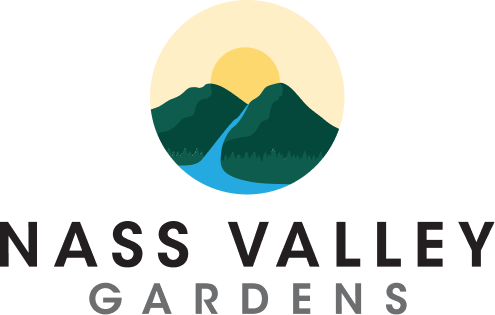